This book is classified as Urban Fantasy.
It is for ADULTS.
There is no sexual content and there is YA crossover potential.
THIS IS NOT YA. The Shattered Dark (McKenzie Lewis #2)
by Sandy Williams
McKenzie Lewis has a gift. It allows her access to a world few have seen, and even fewer can comprehend. It’s her secret. And it exists in the shadows…
McKenzie was a normal college student, save for one little twist: she’s a shadow reader, someone who can both see the fae and track their movements between our world and the Realm. It’s a gift for which she has been called insane, one for which she has risked family and friends—and one that has now plunged her into a brutal civil war between the fae.
With the reign of the king and his vicious general at an end, McKenzie hoped to live a more normal life while exploring her new relationship with Aren, the rebel fae who has captured her heart. But when her best friend, Paige, disappears McKenzie knows her wish is, for now, just a dream. McKenzie is the only one who can rescue her friend, but if she’s not careful, her decisions could cost the lives of everyone she’s tried so hard to save.

CHECK OUT MY REVIEW OF THE FIRST BOOK OF THE SERIES.. The Shadow Reader
Source: Bought

My only reaction at the end of this book was WTF??
What kind of an ending is THAT??? 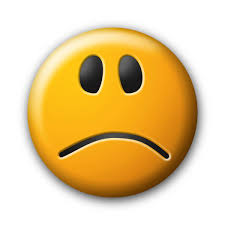 The wait for the next book will kill me! There's not even a release date for the third book and the author said that the expected release date is sometime in 2014!

Sorry! I needed to get that out of my system! Now for the proper review that actually makes sense.

The Shadow Reader was one of my favorite reads of 2012.I was very eager to get my hands on the sequel. The Shattered Dark doesn't live upto it's predecessor but it's still a good book that manages to keep you engrossed and on your toes.

Lots of new characters are introduced and the story becomes very interesting.The main problem I had with this book is the fact that even though the story progressed the romance did not.The romance between the characters is painfully slow and no major strides are taken in this department for the majority of this novel.Kyol is a character I wanted to see more of but it's almost like the author has completely forgotten about him.

There's a lot more action in this novel and it's good to see McKenzie doing her job because SHE wants to do it and not because of some obligation she feels towards a particular person.McKenzie is becoming a proactive and assertive individual and I like that about her.

Aren is a character I love and  I missed him a lot in the scenes he wasn't present in. I'm Team Aren forever (just making it clear!)

The best part about this book is the fact that even though I could find a lot of faults with it .. I still couldn't put it down and I'll definitely be in line for the next book WHENEVER it comes out.

Thank you Candace for introducing me to this series!

My advice to people is to pick up this series today! Read the first one ASAP as it doesn't end in a cliffhanger but don't read this one till the next one is out if you're an impatient person who needs to find out what happens next immediately.

Good but not as great as the first.

Posted by Krazzyme(Young Readers) at 9:36 AM