This book is classified as New Adult.
It is not suitable for ages below 18. 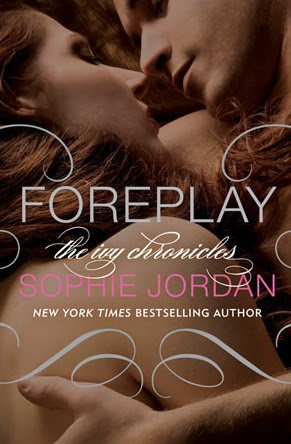 Before she goes after the life she’s always wanted, she’s about to find the one she needs.
Pepper has been hopelessly in love with her best friend’s brother, Hunter, for like ever. He’s the key to everything she’s always craved: security, stability, family. But she needs Hunter to notice her as more than just a friend. Even though she’s kissed exactly one guy, she has just the plan to go from novice to rock star in the bedroom—take a few pointers from someone who knows what he’s doing.
Her college roommates have the perfect teacher in mind. But bartender Reece is nothing like the player Pepper expects. Yes, he’s beyond gorgeous, but he’s also dangerous, deep—with a troubled past. Soon what started as lessons in attraction are turning both their worlds around, and showing just what can happen when you go past foreplay and get to what’s real…
Links: Goodreads

I haven't had much luck with Sophie Jordan. I didn't finish Firelight and I had read half of this novel and was planning to stop this midway as well. To be fair , I wasn't about to stop reading this one because of a good reason ,I just didn't feel like reading it anymore but I'm happy I finished reading this book because I really enjoyed it.

Foreplay is a novel that belongs to the upcoming new adult genre.This genre seems to be popping up everywhere and so far it just seems like this genre has adult novel with college going characters.Foreplay doesn't deviate much from the new adult formula .So, if your're looking for a hot new adult novel that follows the tried and tested new adult themes look no further! Actually the issues in this were much lighter than issues I've seen in some other new adult novels so you might enjoy it more because of it.

This book is fun and the characters don't get on your nerves. There were times when you want to smack Pepper(what kind of a name is that? Every time I read it I thought of Pepper Potts) on the head but it didn't become a physical urge , so I consider it a point in her favor.Reese was an amazing character worth swooning over.The side characters were also memorable and if there's a book that tells Logan's story I will get in line for it.(HINT! HINT!)


My main problem with this book has to be the rushed ending.It seemed like the author realized that she had to end it in a certain way in the last moment and tie up the loose ends nicely.This ending just didn't sit well with me. I would probably have given it a better rating if not for this.

Overall, I enjoyed this book and will definitely be keeping an eye out for the sequel Tease.If you're looking for a new new adult novel to devour this one will be right up your alley .

Today I'm giving away a physical copy of this book ..... 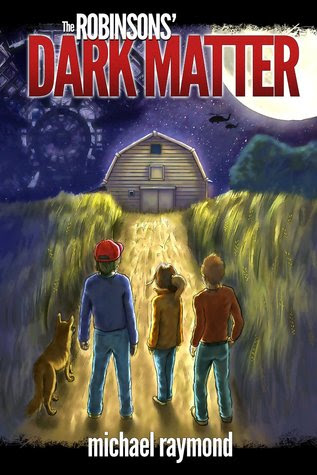 The Robinsons' Dark Matter (The Robinsons #1)
by Michael Raymond
A Young-Adult Science-Fiction Adventure!
Victoria Robinson was alone. She had no friends, her brother Nate thought she was a conspiracy nut, and their parents were never home. Then she stumbled across a cache of alien technology in their basement, her brother went hand-to-hand with a zombie, and their parents were kidnapped with a ballistic teleporter. Things got a little crazy after that.
The teens soon find themselves facing a mysterious enemy and forging a tenuous alliance with a top-secret government agency in a race to rescue their parents...and save the planet. Along the way they uncover pieces of their parents' past and become unwitting pawns in a dangerous and elaborate game.
A gripping adventure story you'll absolutely love!

THE GIVEAWAY is INTERNATIONAL!

Posted by Krazzyme(Young Readers) at 12:30 AM 3 comments: 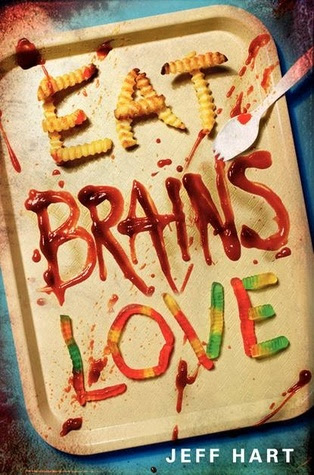 
Two teenage zombies search for brains, love, and answers in this surprisingly romantic and laugh-out-loud funny debut novel with guts.
Jake Stephens was always an average, fly-under-the-radar guy. The kind of guy who would never catch the attention of an insanely popular girl like Amanda Blake-or a psychic teenage government agent like Cass. But one day during lunch, Jake's whole life changed. He and Amanda suddenly locked eyes across the cafeteria, and at the exact same instant, they turned into zombies and devoured half their senior class.Now Jake definitely has Amanda's attention-as well as Cass's, since she's been sent on a top-secret mission to hunt them down. As Jake and Amanda deal with the existential guilt of eating their best friends, Cass struggles with a growing psychic dilemma of her own-one that will lead the three of them on an epic journey across the country and make them question what it means to truly be alive. Or undead.Eat, Brains, Love is a heartwarming and bloody blend of romance, deadpan humor, and suspense that fans of Isaac Marion's Warm Bodies will devour. With its irresistibly dry and authentic teen voice, as well as a zombie apocalypse worthy of AMC's The Walking Dead, this irreverent paperback original will leave readers dying for the sequel that's coming in Summer 2014.

I knew I wanted to read this book as soon as I read the blurb.I had been looking for a light and fun read and the blurb really called to me. Eat, Brains, Love is a book that doesn't have a lot of hype surrounding it and I find it a little surprising but I guess that might be because it's written by a debut author.

Eat, Brains,Love deals with ..... you guessed it ZOMBIES and Zombie hunters! This is not like your typical zombie movie or book.Zombies are bad and good at the same time (You just have to read it to understand) and I enjoyed the new spin on zombies. Now the best part of this novel were the zombie hunters.There's a specific branch of the government covertly hunting down the zombies and they have a bunch of psychics helping them out.So this book combines zombies with mutants and it's funny . WHICH IS  MAJOR WIN!

It's told from dual point of views of Jake a.k.a newbie zombie and Cass a.k.a psychic hunting him down.The book never became confusing and this helped  show both sides of the story and helped us to connect with both the characters. One character we don't get a lot of insight into is Amanda and that might be one of the reasons why I'm not her fan. She just came off as too self centered and I thought she was just with Jake because she had no other choice.

The explanation given for how the zombie virus spreads was a little weird but believable I guess.The story starts off well and ends with a bang as well. There are parts in the middle that drag the story a little bit but at the end I was very eager to get my hands on the sequel. Actually I wasn't sure there was going to be a sequel so I think I might have stalked the author's twitter till he confirmed that there would be a sequel but it comes out next year.

WHY ARE ALL THE GOOD BOOKS COMING OUT NEXT YEAR??!!

Overall, I for one enjoyed this book and am looking forward to the sequel!

I was a little surprised she didn't try to bite me. Maybe that was like a testament to,like, our blossoming friendship or something.
Quote from ARC. Subject to change.

Giving it a range because cannot decide.

Posted by Krazzyme(Young Readers) at 1:47 AM 6 comments:

UK and Europe PEOPLE!! I have another awesome giveaway for you !
( Sorry international peeps , I have a giveaway for you guys in the works as well)
Thanks to the awesome peeps at Hachette UK . 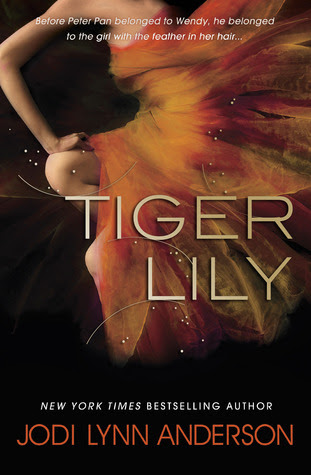 Tiger Lily
by Jodi Lynn Anderson
Before Peter Pan met Wendy, he belonged to the girl with the feather in her hair...
In the forbidden woods of Neverland, Tiger Lily falls under the alluring Peter Pan's spell. She will risk everything - her family, her future - to be with him.


But Tiger Lily soon discovers that the most dangerous enemy can live inside even the most loyal and loving heart.

From the New York Times bestselling author comes a magical and bewitching story of the romance between a fearless heroine and the boy who wouldn't grow up.

Expected publication: October 3rd 2013 by Orchard Books
Goodreads
Please keep in mind that this giveaway is
UK and Europe ONLY!
Feel free to spread some love to Hachette UK for this giveaway (Find them on twitter @HachetteUK )
a Rafflecopter giveaway
Posted by Krazzyme(Young Readers) at 12:00 AM 15 comments: