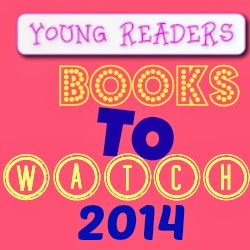 Life can change in a split second.

Addie hardly recognizes her life since her parents divorced. Her boyfriend used her. Her best friend betrayed her. She can’t believe this is the future she chose. On top of that, her ability is acting up. She’s always been able to Search the future when presented with a choice. Now she can manipulate and slow down time, too . . . but not without a price.When Addie’s dad invites her to spend her winter break with him, she jumps at the chance to escape into the Norm world of Dallas, Texas. There she meets the handsome and achingly familiar Trevor. He’s a virtual stranger to her, so why does her heart do a funny flip every time she sees him? But after witnessing secrets that were supposed to stay hidden, Trevor quickly seems more suspicious of Addie than interested in her. And she has an inexplicable desire to change that.Meanwhile, her best friend, Laila, has a secret of her own: she can restore Addie’s memories . . . once she learns how. But there are powerful people who don’t want to see this happen. Desperate, Laila tries to manipulate Connor, a brooding bad boy from school—but he seems to be the only boy in the Compound immune to her charms. And the only one who can help her.As Addie and Laila frantically attempt to retrieve the lost memories, Addie must piece together a world she thought she knew before she loses the love she nearly forgot . . . and a future that could change everything.

“Tell me I’m crazy.” He looked into my eyes, and the intensity of his stare, the set of his mouth, the angle of his brow—it all seemed so familiar. Like I had been here before with him staring at me like that. It caught me off guard, softened my resolve, and I hesitated. I had to look away. I knew what my father said about lying and how one of the first indicators was when someone couldn’t look you in the eyes.
…
He put his hand on my shoulder…His normal friendly exterior was stripped away, replaced by a vulnerability that made me want to tell him everything. “You’re crazy,” I whispered.

I’m so excited to have Split Second, the conclusion to Pivot Point, come into the world in February. It’s sad to me that the story is ending. It was a big part of my journey into the publishing world and I feel like I’m saying goodbye to the beginning, in a way. I’m sure I’ll be blubbering like a child when it comes out. Well, I’m not really a blubberer, but my eyes will sting and my nose will hurt and…yeah…too much info. That’s another post altogether. This is a post about inspiration and what inspired me to write these books.

As I’ve mentioned in past interviews, my inspiration for Pivot Point was a movie called Sliding Doors. I adore this movie with its idea that one little decision can change the course of a life. Plus it was just a really really cool movie. (I know that’s not a very detailed, informative review, and probably explains why I don’t make a very good book reviewer). Pivot Point explores this idea of one choice changing the course of a life in a supernatural kind of way through alternate realities.

So then what was my inspiration for Split Second? This is a hard question to answer. And hopefully I don’t sound vain when I say that the inspiration for Split Second was Pivot Point. Yep, I sounded vain. It was impossible not to even with my disclaimer. But by the time I sat down to write the sequel, I was invested in the characters. They were real people to me. I wanted to know where their stories went and I let them take me there. It seemed to be the natural conclusion to Addie and Trevor’s story.

Split Second also has another POV character—Laila. With Addie leaving the Compound to visit her father, I knew I wanted to mirror Pivot Point a bit by having the perspective of someone inside the Compound. I didn’t want to use the same plot device of Pivot Point by having another Search (plus, poor Addie had been through enough and didn’t need another heart wrenching decision at the end of the sequel). So that’s where Laila came in. It was fun to see the world through her eyes, plus it gave me the opportunity to introduce another love interest. Can there ever be too many cute boys to swoon over? I don’t think so.

I’m so happy to finally get to share this story with you all. I hope you enjoy it.

GIVEAWAY
The author has been kind enough to offer a SIGNED paperback of the  first book in the series Pivot Point .

Knowing the outcome doesn’t always make a choice easier . . .
Addison Coleman’s life is one big “What if?” As a Searcher, whenever Addie is faced with a choice, she can look into the future and see both outcomes. It’s the ultimate insurance plan against disaster. Or so she thought. When Addie’s parents ambush her with the news of their divorce, she has to pick who she wants to live with—her father, who is leaving the paranormal compound to live among the “Norms,” or her mother, who is staying in the life Addie has always known. Addie loves her life just as it is, so her answer should be easy. One Search six weeks into the future proves it’s not.
In one potential future, Addie is adjusting to life outside the Compound as the new girl in a Norm high school where she meets Trevor, a cute, sensitive artist who understands her. In the other path, Addie is being pursued by the hottest guy in school—but she never wanted to be a quarterback’s girlfriend. When Addie’s father is asked to consult on a murder in the Compound, she’s unwittingly drawn into a dangerous game that threatens everything she holds dear. With love and loss in both lives, it all comes down to which reality she’s willing to live through . . . and who she can’t live without.

I really liked this book , you can check out my review here .

a Rafflecopter giveaway
Posted by Krazzyme(Young Readers) at 8:25 AM 18 comments:

For those who have loved Seraphina and Graceling comes another truly fabulous fantasy...
For five centuries, a witch’s curse has bound the trolls to their city beneath the ruins of Forsaken Mountain. Time enough for their dark and nefarious magic to fade from human memory and into myth. But a prophesy has been spoken of a union with the power to set the trolls free, and when Cécile de Troyes is kidnapped and taken beneath the mountain, she learns there is far more to the myth of the trolls than she could have imagined.
Cécile has only one thing on her mind after she is brought to Trollus: escape. Only the trolls are clever, fast, and inhumanly strong. She will have to bide her time, wait for the perfect opportunity.
But something unexpected happens while she’s waiting – she begins to fall for the enigmatic troll prince to whom she has been bonded and married. She begins to make friends. And she begins to see that she may be the only hope for the half-bloods – part troll, part human creatures who are slaves to the full-blooded trolls. There is a rebellion brewing. And her prince, Tristan, the future king, is its secret leader.

As Cécile becomes involved in the intricate political games of Trollus, she becomes more than a farmer’s daughter. She becomes a princess, the hope of a people, and a witch with magic powerful enough to change Trollus forever

“I don’t believe this was part of the arrangement, Monsieur Luc.”

Rising to my knees, I gazed up at the man standing in front of us, his figure outlined by moonlight. “Help me,” I pleaded, tugging on the silken fabric of his cloak. “Please help me! He’s kidnapped me from my family and intends to sell me to the trolls.”
“Is that so?” His voice had the lyrical cadence of the court, although I was surprised to find a nobleman stooping to treasure hunting. I was in no position to judge, though. I’d take assistance where I could find it. I crawled on hands and knees, putting the man between Luc and me. Anyone had to be better than Luc.
My eyes fixed on the glowing lamp dancing behind his head. No, not a lamp – an orb that seemed to be floating through the air of its own accord. It swung round, hanging near my face, dazzling me with brightness but exuding only a little warmth.
“How badly are you injured, Mademoiselle de Troyes?”
I reached up to touch the light, then, thinking better of it, withdrew my hand. Only then did I realize he’d called me by name. I met his eyes. Or eye, rather. He stood peculiarly and kept his face turned to one side, revealing only his profile. He was perhaps my brother’s age, and particularly handsome. The light of the orb reflected in his silvery grey eye as though the glow came from within. I’d never met anyone in my life with eyes like his.
“I’m afraid you have the advantage, monsieur, for while you know my name, I don’t know yours.” My heart beat faster. Something was dreadfully amiss. Apprehension made my hackles rise like a dog’s as I eyed the man up and down. Who was he and what was he doing beneath the rubble of Forsaken Mountain?
“I should beg your pardon, mademoiselle, for failing to introduce myself. I am Marc de Biron, Comte de Courville.” His attention moved to Luc. “You were to bring her unharmed.”
“You’re lucky she’s still alive – we nearly got ate by that sluag,” Luc retorted.
“You’re lucky you didn’t bring half a dozen of them down upon you the way you two carried on. I wouldn’t be surprised if they could account your argument word for word in Trollus, you were so infernally loud!”
“No,” I whispered. “No, no, no.” Every instinct said to run, but which way? I had no light, and the sluag blocked the way we’d come from. But forward was where he’d come from and he was… Rising to my feet, I cowered against the wall. “You’re a… He’s a…”
“Aye, Cécile,” Luc said, finally taking notice of my yammering. “He’s a troll all right.”
“But you said they were monst…” The troll abruptly turned and faced me straight on, and the word died on my lips, replaced by a scream. Luc had been telling the truth.

GIVEAWAY
The publisher has been kind enough to offer a paperback of this book for giveaway.