Airtel 4G Question: What will you do with Unbelievable Speed? 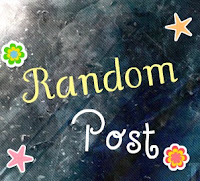 So Airtel asked a very interesting question as a campaign for their 4G launch in India:

What will you do with these unbelievable speeds under your hood?

Generally I do not participate in such campaigns but this is a question that I actually feel like writing about.In this day and age internet connectivity is taken as a given. I for one feel lost and completely disconnected when I am not connected to the internet. Unfortunately we cannot have access to high speed Wi-Fi everytime. We have to make do with the data services that our mobiles offer. I for one, use 2G very frequently. My family uses 3G because they need a faster internet connection due to work. One of my friends doesn't have Wi-Fi connectivity at home so she relies only on 3G. She barely watches videos as it is common knowledge that videos take a long time to load especially if you're using data. Now, Airtel is promising India's fastest 4G connection.If what their ads say is true, you can download a movie via this connection in 3 minutes. I am cautiously optimistic. If this is true my WiFi deprived friend will be ecstatic.

Airtel promises speeds that almost seem to rival WiFi connections.If this is true my WiFi deprived friend will probably be one of the first people on the #GetAirtel4G bandwagon.(Apparently as they're just launching the product they're basically willing to hand it over to you for free and even deliver it to your house).

As a person who does not own a portable laptop or iPad, unbelievable internet speeds on my phone would be the dream!What would I do with unbelievable Internet speeds at ALL times under my hood?I'd probably squeal for joy and be like a hyperactive kid on sugar for the first two/three weeks.I'd download movies,songs and stalk people on Facebook shamelessly and after the novelty wore off,I would use this same unbelievable speed to download an unbelievable amount of books. Bibliophiles are after all simple creatures. We crave the simple pleasures of life.

Apart from books, I'd use the unbelievable speed to stream and not download videos. There will finally be enough space on my phone for important things like BOOKS. My anime and TV serial obsession would be appeased and inflamed through unlimited internet access at a high speed. I might actually start sending videos on Whattapp. Hell,I'd have a fast connection so anything is possible!

Maybe if I had unlimited high speed internet at all times, I'd finally master the art of mobile internet and update this blog via my phone more regularly. Using the Goodreads app with mobile data is already a chore but if I had an unlimited speed connection, Ah Goodreads you'd see so much more of me.

Basically, I'd become a useless member of society and my readers would love me a lot more if I had unlimited internet access. (Just Kidding!) But at-least, I'd have unlimited access to books with a snap of my fingers.

Disclaimer: I am posting this as a part of the campaign.I am not an Airtel subscriber. I have not tried Airtel 4G.

Airtel 4G campaign prompt: If you crave speed, Airtel 4G is for you. Gone will be the days of overnight movie downloads & low res video streams. What will you do with these unbelievable speeds under your hood?

What would you do with unbelievable internet speeds?

Posted by Krazzyme(Young Readers) at 5:30 AM 2 comments:

This book is not classified as YA. It is an adult novel. 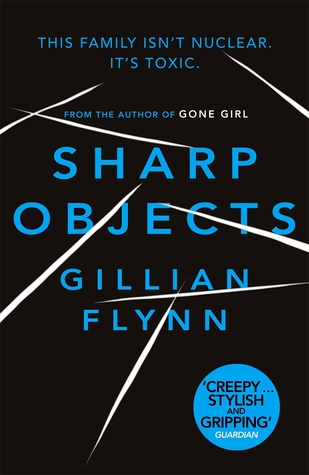 Sharp Objects
by Gillian Flynn
WICKED above her hipbone, GIRL across her heart
Words are like a road map to reporter Camille Preaker’s troubled past. Fresh from a brief stay at a psych hospital, Camille’s first assignment from the second-rate daily paper where she works brings her reluctantly back to her hometown to cover the murders of two preteen girls.
NASTY on her kneecap, BABYDOLL on her leg
Since she left town eight years ago, Camille has hardly spoken to her neurotic, hypochondriac mother or to the half-sister she barely knows: a beautiful thirteen-year-old with an eerie grip on the town. Now, installed again in her family’s Victorian mansion, Camille is haunted by the childhood tragedy she has spent her whole life trying to cut from her memory.
HARMFUL on her wrist, WHORE on her ankle
As Camille works to uncover the truth about these violent crimes, she finds herself identifying with the young victims—a bit too strongly. Clues keep leading to dead ends, forcing Camille to unravel the psychological puzzle of her own past to get at the story. Dogged by her own demons, Camille will have to confront what happened to her years before if she wants to survive this homecoming.
With its taut, crafted writing, Sharp Objects is addictive, haunting, and unforgettable.

In short: Interesting read. A bit more predictable than Gone Girl for me. I would be in shock otherwise. An interesting thriller that keeps you interested till the end.Not as good as Gone Girl.

Sharp Objects is disturbing not because it is a bad book but because it's characters are just so real and need therapy. I read this book after Gone Girl so I will be comparing it to that book. You have been suitably warned.

So far I have come to realize that I enjoy Gillian's books because of their plot. The more unpredictable the plot is the better. I never especially like any of her characters but that is after all not her aim.

Sharp Objects starts off well. The murder mystery pulls you in.If you love your family,the characters of this book will make you want to hug your loved ones in gratitude.The book explores family life. Especially the relationship between a mother and her daughters.It also explores the various other familial relationships and shows the dark side of domestic life (like Gone Girl but different as it explores domestic familial and not married life)

The climax of the murder mystery and the big reveal was disappointing. There was no major twist(in my opinion). I managed to predict almost everything but that might be because I was very good at picking up all of the various clues put forward by the author.

I just didn't enjoy this book as much as Gone Girl. The only character we get a real insight into is the protagonist.The pacing was not that good but the author manages to keep you hooked till the end.