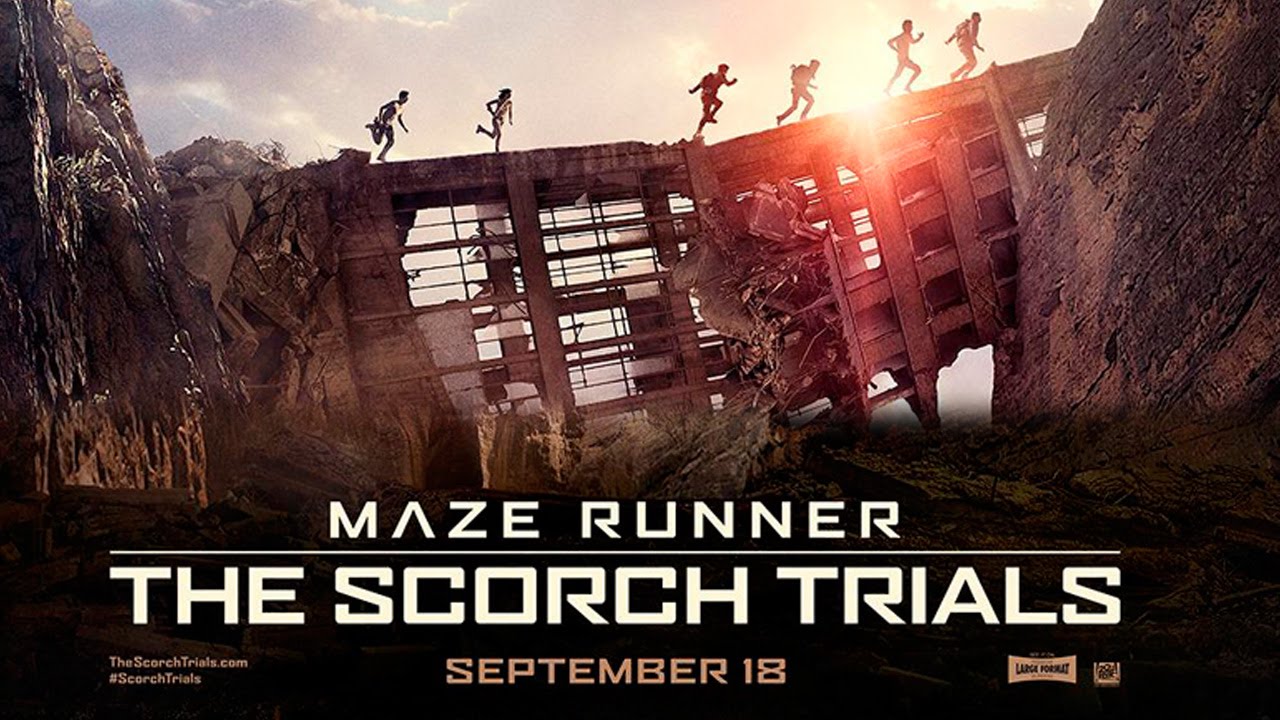 Transported to a remote fortified outpost, Thomas and his fellow teenage Gladers find themselves in trouble after uncovering a diabolical plot from the mysterious and powerful organization WCKD. With help from a new ally, the Gladers stage a daring escape into the Scorch, a desolate landscape filled with dangerous obstacles and crawling with the virus-infected Cranks. The Gladers only hope may be to find the Right Hand, a group of resistance fighters who can help them battle WCKD.

I must confess, I haven't read this series. The movies are based on the James Dashner series and I did try to read the first book but had to stop midway partly due to time constraints and partly because of the slow narrative. The first movie was decent but like the book a little slow. Here I'm going to talk about the second movie.

So right off the bat, this movie starts off with a bang. Loved how it started off and unlike the first movie it continues to be action packed and that is the movie's saving grace. The first movie had a lot of dialogues but nothing much happened. This movie is the opposite. It barely has any dialogues so of course there isn't much character development but lots and lots of action.

Thomas played by Dylan O' Brien shines in this movie. He carries this movie because all the other characters are mostly decoration. Unlike the first there is some fine acting talent in this movie.Ki Hong Lee (a.k.a Asian guy/Minho) is a character I really liked as well and would love to have seen more of in this movie.Adrian Gillen (guy from Game of Thrones) and Giancarlo Esposito (guy from Breaking Bad) are fine additions to the cast. There just needed to be more of them and less of the girl who plays Brenda and the one that plays Teresa.

I do not particularly like the females that are part of this narrative.They seem almost unimportant. I am not sure if this is a problem even in the source material but it is a problem in the film. There is a forced love triangle (*sigh*) and a forced betrayal (which wasn't even that surprising).The weakest link of this entire series is the narrative and how it is structured.

The entire gang of characters keep roaming around from one place to another and you're not really sure what their aim is because it keeps changing. The movie starts off with something and even though it ends well it leaves you slightly disappointed. Is this the direction they are going to go in? I'm not sure how I feel about it.

Overall, I enjoyed this movie. It was much better than the first.I was never bored. I would be interested to watch the next movie (if there is one) but I'm not dying to.

the previous movie in the franchise it is a 3.5 stars