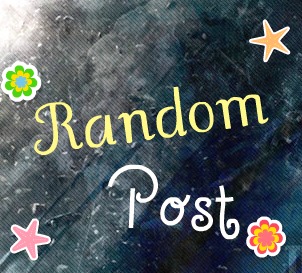 So if you like my facebook page, you must have seen that I've been sharing Mockingjay part 1 stills and trailers.(It's so easy to share there) I decided it's time to post it on the blog as well. There was new teaser posted yesterday as well. So without further ado here's the new teaser:

The best part of this teaser is that it features the Lorde song that I am ADDICTED to .

In case you missed the first full trailer. Here it is:

My Take:
Catching Fire was amazing and I've been dying to see the next one. But so far not too impressed by the trailers apart from Jennifer (God, she can act!) . I kind of hated Mockingjay the book so I guess I should adjust my expectations. I'm in love with the soundtrack (well more like the song) they've released. Cannot wait to hear more. If you haven't check out the Catching Fire soundtrack, it's amazing!

Now onto the J.K. Rowling film front. The internet has exploded with the news that there's going to be a Harry Potter spin-off trilogy. I think the whole Harry Potter spin-off angle is a LITTLE misleading. It's set in the same universe but it's based on Rowling's Fantastic Beasts and Where to Find Them. I went from

because I thought it was a HARRY potter spin off, to

when I saw it was a IN THE SAME universe story.

I'm sorry but the Harry Potter spin-off tag is a little misleading.

"The trilogy of films will be based on author J.K. Rowling’s Fantastic Beasts and Where to Find Them, and Harry Potter film director David Yates will likewise helm these new pictures. Rowling will pen the scripts for the films, based on her own stories. No word on casting or whether we can expect appearances by any Potter alums. The films will release in 2016, 2018, and 2020."-Forbes.com

I got a little bit more into the idea after I read this article which points out that this story takes place much before the Harry Potter series and that means DUMBLEDORE IS ALIVE!! If you put Dumbledore in the movie Rowling and you can just take my money!

At first I thought it was just fanfiction but further investigation shows that there's a HUGE possibility that Robert Downey Jr. is going to be in A CAPTAIN AMERICA movie as the antagonist.
"Robert Downey Jr. is on the verge of signing on to “Captain America 3,” with Tony Stark’s Iron Man set to play a key role in bringing the Civil War storyline from Marvel’s comicbooks to the bigscreen and trigger the start of a new phase of movies from Marvel Studios.
The actor is in final negotiations to play the billionaire in the yet-to-be-titled third installment, that is slated to begin production in the Spring for a May 6, 2016, release, according to sources close to the discussions. Downey suits up as the superhero in next summer’s “The Avengers: Age of Ultron” as part of a previous deal that also calls for him to reprise the role in “The Avengers 3.”- Variety.com

I NEED THIS TO HAPPEN!! I'm a huge RDJ fan and him and Steve were awesome in the Avengers!
Mortal Instruments news: Mortal Instruments is being made into a TV series.
"“It actually makes sense to do (the novels) as a TV series,” Constantin film and TV head Martin Moszkowicz told THR. “There was so much from the book that we had to leave out of the Mortal Instruments film. In the series we'll be able to go deeper and explore this world in greater detail and depth.” The Mortal Instruments series is part of a broader strategic shift at Constantin that will see the German-based company move into English-language television series. Moszkowicz said Constantin is looking at possible television adaptations of several of its English-language movie properties, including period serial killer drama Perfume: The Story of a Murderer and the Resident Evil sci-fi horror franchise."-Hollywoodreporter.com
Also I'm so excited for the Gone Girl Movie! I want to watch it so BADLY!!!
If you've seen it already.. WHAT DID YOU THINK??
THOUGHTS? COMMENTS? SPECULATIONS? All are welcome!
Posted by Krazzyme(Young Readers) at 6:56 AM 7 comments:


When Ileni lost her magic, she lost everything: her place in society, her purpose in life, and the man she had expected to spend her life with. So when the Elders sent her to be magic tutor to a secret sect of assassins, she went willingly, even though the last two tutors had died under mysterious circumstances.
But beneath the assassins’ caves, Ileni will discover a new place and a new purpose… and a new and dangerous love. She will struggle to keep her lost magic a secret while teaching it to her deadly students, and to find out what happened to the two tutors who preceded her. But what she discovers will change not only her future, but the future of her people, the assassins… and possibly the entire world.

My Thoughts:
This review has been sitting there in my draft pile for a very long time. I have a hard time writing reviews for books that I find unremarkable for no good reason,and this is one of those books.

The premise of this book really drew me in. A cave in which only assassin's live in which a magician who has lost her magic is forced to go.Sounds pretty interesting and full of win,right? Unfortunately I wasn't impressed.There's nothing particularly wrong with this book but it was hard for me to finish it.

I think my main problem with this book was that most of it was cliched and I wasn't able to connect with any of the characters.I liked the main character Ileni because she was so strong and smart but I didn't care about her enough to want to read about how her life was sad and full of so many problems.I wasn't impressed with the male 'hero' of the story as well. Sorin seemed to like Ileni for some reasons that are still not very clear to me.(It might have something to do with the fact that I'm not a huge fan of hers)

The saving grace of the novel is the assassins and their world.I really enjoyed the boss of the assassin world(my words not the authors) and the whole world building and society structure.The murder mystery made me a little curious but I wasn't dying to figure it out.This story had so much potential. I think my expectations were too high.

Overall, If you're really interested in reading about assassins I guess you could give this book a shot but I think I would just enjoy reading Poison Study again instead.At first, I was thinking of giving it a higher rating but I didn't love it and I'm not even that interested in reading the sequel, so ...

Posted by Krazzyme(Young Readers) at 8:29 AM 2 comments: