Guest Post: Music of the Soul by Tawny Stokes(Author of Static) 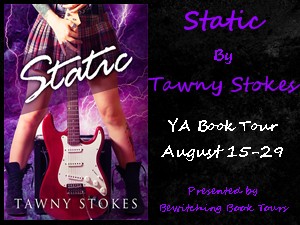 Today I have the author of Static,Tawny Stokes at this blog.I love her taste in music.(Broken is a really good song.I love it!).I'm really looking forward to reading her book.The synopsis got me hooked!
Music of the Soul
By Tawny Stokes 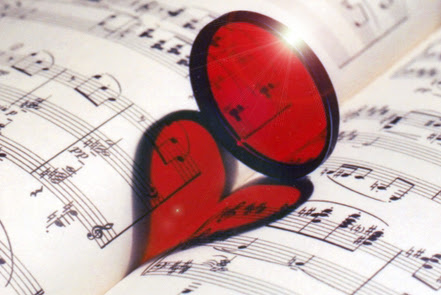 (image source:google)
Music has always been a big influence in my life.  Today, I listen to different playlists to write.  The playlist will depend on the genre of the book and the mood.  To write my latest book STATIC I listened to a lot of Evanescence, Papa Roach, Adema, Sick Puppies, Skillet, Flyleaf and Breaking Benjamin.  Other books require a softer edge, so I’ll put on my Sia station, with some Lykke Li, and Bat for Lashes, and Beck and even Enya.  Songs will even give me new ideas for books.
As far back as I can remember, music has been there in my life.  I can pinpoint moments in my life with certain songs.  Billy Idol was a huge part of my life when I was in my early teens.  I cut and dyed my hair just like his.  I use to wear denim and leather and chains, and gloves, and do everything with a “Rebel Yell”.  I met a wonderful sweet boy during my Idol phase.  He was in his Idol phase as well.
Then I went from Idol to hardcore punk.  Dead Kennedys, Sex Pistols, Ramones, Buzzcocks, The Clash, SNFU, Black Flag.  I went to a lot of gigs with my big blue Mohawk and combat boots and slamdanced with the best of them.  Even dived off a few speakers in my time.  I was a bit of a groupie to some local bands, following them from gig to gig.
Mind you, I was never like Salem Vale from my book STATIC.  She’s a hardcore groupie to the band Malice.  And this obsession gets her into BIG TROUBLE.
Music and my past exploits in the punk scene, had a big part to play in STATIC.  Out of all my books, STATIC was one of the easiest to write.  It flowed out of me like water.  It is also one of my favorites.  And I hope it becomes one of yours as well.
Here is my partial STATIC playlist.
Broken – Seether (with Amy Lee)
Getting Away with Murder – Papa Roach
Kick in the Teeth – Papa Roach
Not Alone – Red
End of my Rope – Trapt
World So Cold – Three Days Grace
Comatose – Skillet
Beautiful Bride - Flyleaf
Is Music a big part of your life?  How has it influenced you?  Who are some of your favourite musicians? 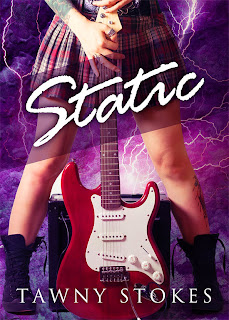 “You’re going to love Static --- a deep, dark and sexy ride. This is a creepy and unique addition to the YA paranormal genre that goes a little bit further and gives a little bit more.” - Janet Gurtler, author of I’m Not Her and If I Tell, Sourcebooks Fire.

"Static is an edgy, unique, whirlwind paranormal story with great action and amazing storytelling. This one leads you down a path you won't forget. Don't miss it!" - Denise A. Agnew
award-winning author


Book blurb:During the summer before her senior year, 17 year old band groupie, Salem Vale, has been following her favorite punk rockers, Malice, from gig to gig hoping that one night she might get backstage and meet the sinisterly sexy guys. She’s been saving her virginity for the lead singer Thane. One fateful evening she gets her wish. It’s a dream come true.

Except the dream turns to a nightmare when she wakes up in a dumpster, tossed away like yesterday’s trash, with no memory of what happened the night before. She feels strange, different, as if something is trying to get out. Soon she realizes she’s changing…turning into something not quite human.

Now a hunger deep inside claws at her to feed, to siphon energy from those around her. Before she can do just that, Trevor, the band’s roadie shows up and stops her from killing. With his help she learns to control the hunger inside, because he’s just like her. And in return he wants her help to do one little thing…
Help him kill the members of Malice.


About the author:
Tawny Stokes has always been a writer. From an early age, she’d spin tales of serial killers in love,
vampires taking over the world, and sometimes about fluffy bunnies turned bunnicidal maniacs. An honour student in high school, with a penchant for math and English, you’d never know it by the foot high blue Mohawk and Doc Martens, which often got her into trouble. No longer a Mohawk wearer, Tawny still enjoys old school punk rock, trance, zombie movies, teen horror films, and fluffy bunnies. She lives in Canada with her fantastical daughter, two cats, and spends most of her time creating new stories for teens. 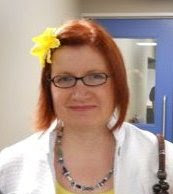