Welcome to my stop for the second annual YASpooktacular, hosted by Frenzy of Noise and Wicked Awesome Books.
This year, there are three stories written by some of your favorite authors that will be posted throughout the week. Each story is a choose your adventure, where you get to decide what path to send the character down. Sometimes you live, sometimes you die, and sometimes you fall into a pit of no return.

There are also some TRICKS or TREATS scattered throughout the story, where you can enter to win prizes and get bonus points toward the prize packs. The prize pack for The Pond in the Forest  will be up tomorrow! On Halloween day, the grand prize pack will be posted. You can click the banner above to see a full list of the YASpooktacular prize packs! 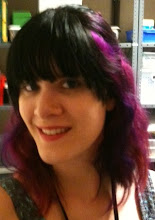 Christina Ferko didn’t start reading until her sister shoved (quite literally & rather forcefully) the Twilight books at her. Now she's read more books than she can count. Christina loves any good story but her passion in reading & writing is YA. When it came to writing, Christina was a late bloomer with that as well. She didn't start creating worlds & telling stories until her early twenties (she's 26 now--only one year away from her favorite number). Christina makes up for her lack of a childhood spent scribbling stories with an obsession for it now. You can frequently find her staring off into space or gesturing rather awkwardly (which is slightly embarrassing while in a coffee shop) with a computer in front of her as she works out scenes in her head.

Twitter: http://www.twitter.com/christinaferko
Blog: (writing): www.tangledupinwords.blogspot.com
(books): http://www.christinasbooks.blogspot.com/
How this works:
One author will start the story and leave it in a place where the reader can choose what happens next by going to blog A or blog B. At some locations, another author will write two scenarios, which will allow the reader to choose what will happen next and the story will continue on another blog(s).
The fun part of this is that sometimes, you die. Sometimes, you live. Sometimes, you fall into a pit and wait for someone to find you. The three stories will be separate--with a new character and new challenges.


You can pick up the story from the beginning by clicking on the banner below! 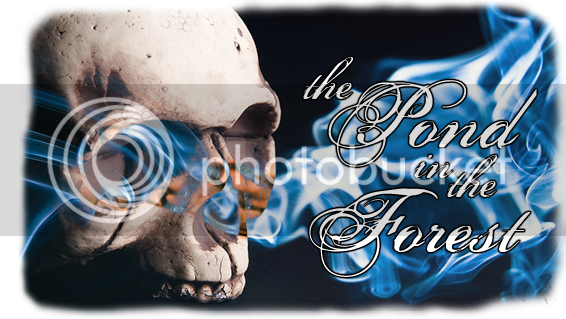 My Part of the story is............
Laura struggled to even hold the sword. Her hands were still covered in mud and
grime, making the heavy hilt slide in her grip.
“Do it, my love,” Raven whispered in Laura’s ear. His voice was seductive and
tempting as it wrapped around her. Laura felt power course through her as he spoke,
filling her with its alluring promise. Its quiet murmur, begging for release, was stronger
than anything she’d ever felt before.
Raven guided her arm up, raising the weapon with her, as Feign led the two
humans to the dais—to their death. More and more the power flowed through her until
even her sword, yearning to taste blood, hummed with its intensity.
“You feel it, don’t you?” Raven asked. He looked down at Laura. A smile that
wasn’t quite warm sliced across his face. “Swirling within you. Growing in strength.”
“What is it?” The words released a breath that Laura didn’t even realize she’d held.
“Our power.” His voice turned hard and a fire lit his black eyes. Laura shrunk
back as she stared into his soulless gaze. But she didn’t pull away completely. Even with
his unsettlingly dark eyes, she was still drawn to him.
“Our vengeance,” Raven said.
As soon as he spoke, the power disappeared, leaving Laura feeling like she’d
been pushed into that freezing pond all over again. A bitter wind howled through the
court, mingling with the shouts of the creatures that cried for blood. They screeched
and laughed—a sound as distorted as their twisted bodies—while the prisoners were
paraded around. Feign jerked on the chains. The monsters cackled and jeered even
more as Brian and Amanda fell to ground at Laura’s feet.
“A gift for our missing queen,” Feign said.
With one webbed hand, Feign lifted Amanda’s face. He ran a finger down her
cheek, letting his claw scrap her skin and draw a line through the blood already there.
She shook with sobs, unable to even speak.
Feign lifted his finger to his mouth, licking the blood there. “Delicious,” he said.
The bile that rose in Laura’s mouth was overshadowed by the power that ran through
her once more. It was almost too hot as it burned within her.
“Don’t taint yourself with their blood,” Raven snapped at his brother. “And don’t
play with my queen’s offering.” He turned to Laura, his voice softer. “For you, my love.”
“P-Please, Laura,” Brian sobbed. “I-I’m sorry. Don’t kill us.” His words were half-
choked and hard to understand as he cried. “I had to. They made me.”
Feign’s foot lashed out, faster than humanly possible, connecting with Brian’s
head. Brian let out a sound like a wounded animal before slouching to the ground,
unmoving. Next to him, Amanda wept harder, her hysterical cries feeding the creatures’
frenzy behind her.
“Now,” Raven told Laura. He loosened his grip, letting his fingers stroke up her
arms. His touch trailed her bare skin until he stood behind her, his hands resting on her
shoulders. She wanted to run away from the scene before her even though her body
leaned into Raven’s warm hold. “Show them our power, my love,” Raven whispered to
her. “Show them your power.”

If Laura takes her place as Raven’s dark queen, go to Ezine of a Random Girl. http://ezineofarandomgirl.blogspot.com
If Laura tries to rescue Brian and Amanda, go to 365 Days of Reading http://365DaysofReading.com
DON'T GO AWAY YET!

I'm also hosting an AWESOME TREAT!
YOU CAN WIN ........
The first 4 books in Immortals series by Allyson Noel.
Just click on the Trick or Treat button and you'll be directed to the Google form!
ENDS 10/31.
Posted by Krazzyme(Young Readers) at 12:00 AM