Review: My Soul To Steal

My Soul to Steal (Soul Screamers #4)
by Rachel Vincent
Trying to work things out with Nash—her maybe boyfriend—is hard enough for Kaylee Cavanaugh. She can’t just pretend nothing happened. But “complicated” doesn’t even begin to describe their relationship when his ex-girlfriend transfers to their school, determined to take Nash back.
See, Sabine isn’t just an ordinary girl. She’s a mara, the living personification of a nightmare. She can read people’s fears—and craft them into nightmares while her victims sleep. Feeding from human fear is how she survives.And Sabine isn’t above scaring Kaylee and the entire school to death to get whatever—and whoever—she wants.


Note: There may be spoilers from previous books in the series


This is by far the most disappointing book in the entire series.
Remember how I was so happy with Kaylee's decision to let go of that dirtbag in My Soul To Keep.
Well,I was happy with Kaylee because she did something different and  something that required a lot of guts.I thought that she would keep her distance from Nash till Nash did something to redeem himself but Kaylee ALMOST runs into Nash's arms as soon as she sees that she has competition. 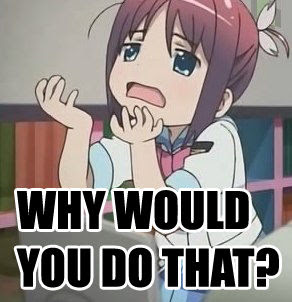 A new addition to the series, Sabine is one woman I don't like... I'd heard a lot about this girl and I was expecting a b!#$# but she's a little too mean,desperate and  focused on Nash for my liking.I couldn't relate or connect to Nash and Sabine's extreme relationship at all.
Looking into everyone's fears was a little creepy and there was very little Tod in this one.So you can see that saying I was pretty disappointed with this book is an understatement. I always thought Rachel Vincent's characters would be different and they have never disgusted me (except for Nash) but I am really beginning to doubt where Rachel Vincent is going with her characters after this novel.I really hope that she doesn't make Kaylee run back into Nash's arms in If I Die.
Overall,I'm very scared with how the series will progress after this .I've been a huge fan of this series for a long time and if If I Die is as disappointing as this novel I'm afraid I might stop reading this series.
My Rating:
On the Rachel-O-Meter (comparing this to other novels by Rachel Vincent) this book is a SOLID 2/5.
but compared to all other novels I give it
3/5


Side Note: I finished reading If I Die and there's no need to fear guys.That book is AMAZING and ROCKED MY SOCKS OFF.Don't give up this series after this book.The next one more than makes up for the disaster that this book is!
Posted by Krazzyme(Young Readers) at 12:05 AM