Character Interview with Kale from Touch

Today I have the HOT Kale from Touch over for an interview! I love this book!
Check out my review here. I loved Kale in the book and I was ecstatic when I found out that I could actually interview him!!!
If you have no idea which book I'm talking about maybe you should read the blurb....

Touch (Denazen #1)
by Jus Accardo
Hi  Kale ,sup?
Hello.
So...what can you tell me about your book,Touch?
It's the story of how Dez and I met. And how I gained my freedom.  What's your favourite scene/line from the book?
I like any of the scenes where I get to kiss Dez...  Do you like Alex?
Alex is...irritating. If I didn't think it would make Dez angry, I would touch him.

Ok...so your thoughts on Dez? (she's can be quite irritating, right?)

Dez? of course not. I don't understand some of the things she says, but I
love the sound of her voice. The way she moves. She's stronger than anyone
I could have ever imagined meeting and beautiful--inside and out.
Irritating? No, there's nothing irritating about Dez.

What would you do if you could

Do you have that ability? I would have to think about it if you're offering...
What's the last book you've read? 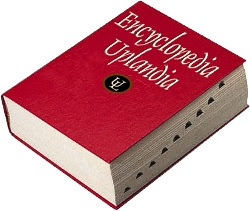 The week before I escaped from Denazen, I read the S Encyclopedia. B is my favorite.

What's next?
*Kale looks around* Next for what?

Rapid Fire (what it the first thing that comes to your mind when I say....)

Kale I love you  you're awesome! Would you be interested in hangingout with me sometime? *pretty please*
Hanging out? You mean spending time together, right? Dez says I take things a bit too literally so I assume you don't mean something that involves actual hanging... But, yes. We could hang out. Dez would love to meet you.
I don't think he understood the fact that I wanted to hang out with him ALONE. *sigh* Maybe I was too subtle?
Guys you can buy the book here:
AMAZON,BN,BOOKDEPOSITORY,FLIPKART

Jus Accardo is the author of YA paranormal romance and urban fantasy fiction. A native New
Yorker, she lives in the middle of nowhere with her husband, three dogs, and someDmes guard
bear, Oswald. Her first book, Touch, is due out in November 2011 from Entangled Publishing.
She is represented by Kevan Lyon of Marsal Lyon Literary Agency.
Posted by Krazzyme(Young Readers) at 12:37 AM