You all should know that Touch is in my list of one of the best books of 2011. So you can all imagine the fangirl that I became when I saw the blurb and cover of book #2..... 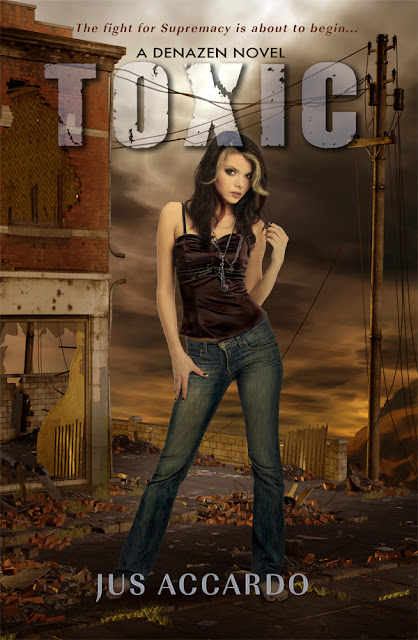 Blurb:
When a Six saved Kale’s life the night of Sumrun, she warned there would be consequences. A trade-off. Something taken for the life they gained. But Dez never imagined she’d lose the one thing she’d give anything to keep… And as if it’s not enough Dez finds her immunity to Kale fading, the Six brought in to help Kale learn to control his killer touch starts drooling on him the moment they meet. Worse than that? Jade can touch Kale. But bimbo Barbie is the least of Dez's problems.
After Dez and Kale got away at Sumrun, her father lost not only his most powerful weapon but an important piece of the Supremacy project. Forced by Denazen to remedy the situation, he poisons Dez and offers her a choice—surrender to Denazen for the cure…or die. Determined to find a solution that doesn’t involve being bagged and tagged—or losing someone she loves—Dez keeps the poison a secret.  But when a rash of Denazen attacks hit a little too close to home, Dez is convinced there’s a traitor among them. Jade.
Sacrifices, broken promises, and secrets. Dez will have to lay it all on the line if there’s any hope of proving Jade’s guilt before they all end up Residents of Denazen. Or worse, dead...
Add to goodreads
Check out all the posts related to Touch
OMG DOESN'T IT SOUND AMAZING???? I CANNOT WAIT!!!!!!!!!!!
EEEEEEEEEEEEEEP!
Posted by Krazzyme(Young Readers) at 12:06 AM