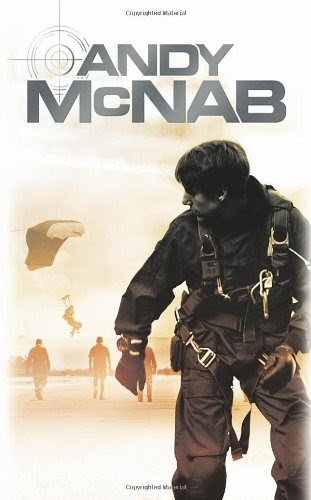 Summary:
The Raiders are a talented young skydiving team - with a secret. They are also a highly trained group of covert operatives, carrying out deniable missions for Britain's intellegence services. Under the demanding guidance of their ice-cold leader, an ex S.A.S. explosives expert with many live covert special ops missions into active war zones behind him, the Raiders are developing into an impressive unit. This time, the mission lands Ethan and the team in the most perilous adventure of their careers. The bodies of homeless teenagers, are turning up dumped on the street, having been beaten to death. At first no-one really seems to care but then one survives long enough to talk of being forced to fight in a cage and the authorities suspect organised crime. But they have no luck cracking the impenetrable wall of silence surrounding the organisation. They need a teenager, trained in hand-to-hand combat, to go in undercover. Ethan's the obvious choice ...
(Source:AMAZON.COM)
Source: Library
Note:  This book is not suitable for young readers due to language(according to publisher)
My thoughts: Before I review this book let me clarify some things:
Even though this is not the first book in the series it is pretty easy to grasp.
The backstory:Ethan is recruited by an agency because of his love for skydiving.This is a covert agency.
The story was good and the book kept my attention.It did remind me of CHERUB and the Alex Rider series.Ethan is a character that I couldn't really connect with but I really liked his friends.Cage fighting is also a new concept,so I had fun reading about it.
My pet peeve with this book is
SKYDIVING
The reason I picked up this book was because I've never read a book that deals with  skydiving before,but I was thoroughly disappointed as I felt skydiving didn't really play a huge part in the story.These people are supposed to be skydivers but I felt more engrossed in the Alex Rider type scenes!
Overall: This book is a good alternative to CHERUB/Alex Rider even though it is not as engrossing  as any of them.

My Rating:
(3 STARS)
good
Posted by Krazzyme(Young Readers) at 8:52 AM