Have You Heard(2):Half Blood by Jennifer Armentrout

A feature  in which I highlight books that
people have never heard of.They could be by  Indie authors or just books that were released but didn't leave a mark.They could even be books that are yet to be released.
This time I'm featuring...... 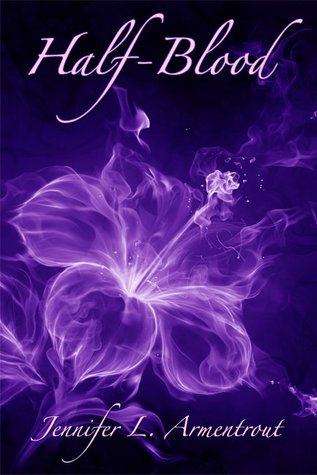 Blurb:
The Hematoi descend from the unions of gods and mortals, and the children of two Hematoi pure-bloods have godlike powers. Children of Hematoi and mortals well, not so much. Half-bloods only have two options: become trained Sentinels who hunt and kill daimons or become servants in the homes of the pures.


Seventeen-year-old Alexandria would rather risk her life fighting than waste it scrubbing toilets, but she may end up slumming it anyway. There are several rules that students at the Covenant must follow. Alex has problems with them all, but especially rule #1:

Relationships between pures and halfs are forbidden.

Unfortunately, she's crushing hard on the totally hot pure-blood Aiden. But falling for Aiden isn't her biggest problem--staying alive long enough to graduate the Covenant and become a Sentinel is. If she fails in her duty, she faces a future worse than death or slavery: being turned into a daimon, and being hunted by Aiden. And that would kind of suck.
I LOVED THIS BOOK! IT WAS SO GOOD! I'll be posting a lot of Half Blood related posts in the coming month. This book is one book even I'm going to buy!
Expected publication: October 18th 2011 by Spencer Hill Press
but It's available for preorder here:
AMAZON,BN,BOOKDEPOSITORY,FLIPKART

ECOPY IS AVAILABLE FOR $3.99 ONLY!
Still not convinced?
Check out the following posts:
Top 5 reasons Half-Blood should be on your wishlist
Daimon review( Prequel available for free download)
Review: Half Blood
Interview with Jennifer Armentrout
Guest Post: Why I can't wait for Half Blood
Teaser Tuesday
Teaser Tuesday(Daimon)
Teaser Tuesday(Mario pajamas edition)
Posted by Krazzyme(Young Readers) at 4:36 AM

Email ThisBlogThis!Share to TwitterShare to FacebookShare to Pinterest
Labels: have you heard.