HI GUYS!
Today I have the awesome Samantha Young on the blog to talk about her books (Moon Spell in particular)

Could you start things off by telling us a little about the book(Moon Spell)?
Oh lots of stuff goes down in Moon Spell. It’s a paranormal coming-of-age story and the introduction to seventeen year old lykan (werewolf) Caia Ribeiro. Caia knows very little about her past and has been separated from her pack for ten years. When she’s returned to them she discovers a lot of secrets about her true heritage. During her search for the truth Caia forms friendships and enemies, develops a complicated attraction to the Alpha of their pack, and discovers a strength she didn’t know she was capable of when the truth casts her into the war that wages between two huge supernatural factions.
Can you tell us a little about the main characters in Moon Spell?
Well there is Caia, the MC(main character). And Lucien, the Alpha of the Pack and Caia’s complicated romantic interest. Lucien is a few years older than Caia, stubborn and determined that he knows best. He and Caia clash a number of times over the course of Moon Spell but she can’t help but care about him, because along with being overbearing, Lucien is also kind, brave and extremely loyal to his pack.

WOW! you've written 20 books! How do you find the time? more importantly are you a ninja or something?
Lol! I wish I was a ninja. How cool would that be? :p
I’ve published twelve titles (one of which is an omnibus edition of one of my series) and have eight more projects in the works. I drink a lot of caffeine.

Out of all the series and books you've written which is your favourite or was the most fun to write?
I’ve enjoyed writing all of my series but I’d say the Fire Spirits series has been the most interesting - it’s been incredibly challenging and exciting to write and I’m going to miss it when it comes to an end.
What influences and inspirations (both literary and non-literary) did you draw from while writing Moon Spell?

Mostly, I drew from music when writing Moon Spell. I have a soundtrack on its blog http://theworldoflunarmorte.blogspot.com and every song did its part in writing a scene from that trilogy. Cosmic Love by Florence and the Machine is the Tale of Lunarmorte anthem because I wrote so many scenes listening to that song on repeat!
Who is your favourite character in this book, and why?
My favorite character in Moon Spell is the heroine, Caia, because she develops more than any other. She starts off pretty intimidated by the pack, unsure of herself, unsure of them, but as the story unfolds and she discovers the secrets behind her parents’ death, the truth makes her stronger. Caia is a heroine who stands on her own two feet and trusts in her own decisions whether the people she loves agree with her or not.
What books/genres do you read when you have the chance? Any must read authors or series?

So many books! So little time! I’m a total book addict. I love paranormal, urban fantasy, dystopian, sci-fi, fantasy, contemporary… anything goes! But I mostly read urban fantasy and dystopian ;) Must read authors? Laini Taylor (Daughter of Smoke & Bone), Richelle Mead, Stacia Kane, Veronica Roth, Darynda Jones, Stephanie Perkins, Tammy Blackwell, Susan Ee, Veronica Rossi, Tahereh Mafi, Patrick Ness, Karen Marie Moning (Fever Series), Margaret Atwood, Orson Scott Card, Maria V.Snyder, Jennifer L. Armentrout, Brodi Ashton, Chloe Neill (Chicagoland Vampires),Kelly Creagh, Keary Taylor, Kristin Cashore, Holly Black, Julie Kagawa… okay this could go on forever…
Tell us a little bit about your research for this book.
The mythology in the Tale of Lunarmorte trilogy is based on Greek mythology and Greek history and I studied ancient and medieval history at university so I already knew most of what I was writing about. However, I had to pull out the research books when it came to nitty gritty details like dates etc. Having all the material at hand really helped though.
Do you have a favorite scene or line from Moon Spell?
My favorite scene is actually near the end when Caia faces off with Lucien in the motel room. I just feel really proud of her in that moment because she’s doing what she believes in even if it means losing Lucien. She cares about him but she won’t be manipulated by their relationship to change her mind, and I think that takes a lot of strength from anyone. She really grows up in the moment, and proves to the reader she’s a worthy heroine.
How many books have you planned in the Lunarmorte  series?
The Tale of Lunarmorte is a trilogy. However, I have plans to write a spin-off series titled Lunarmorte Repercussions and that will be kicking off late 2013/early 2014.
Why choose self/indie publishing?
There’s so much freedom in being an indie author. I write on a schedule that my readers appreciate because they’re not waiting six months to a year for my next release. I get to choose my cover artist and my editor and have input in every aspect of this world I’ve created. Of course, it means having to do everything myself - promotion, marketing, formatting etc - but it’s so worth it.
What's next?
At present I’m writing my first adult contemporary romance which will be releasing in September, and I’m also in the middle of writing the fourth book in the Fire Spirits series.

TV shows you're addicted to
I’m a boxset girl and completely addicted to The Vampire Diaries, Fringe, Boardwalk Empire, The Big Bang Theory and Two Broke Girls.
Tell us five interesting things about yourself or your book(s)
Oh… okay… FIVE? ;)
I usually can’t write without music playing.
I have a tattoo on my lower back (I only say that’s interesting because people who meet me are always surprised I have a tattoo :p)
I always put something personal into every single one of my books.
I’m friends with a few writers that I’m also a total fan girl of - Shelly Crane, Quinn Loftis, M.Leighton, Amy Bartol, Georgia Cates, Angeline Kace and Rachel Higginson. Took me a while to get over the awe of them all, but they absolutely rock and I’m so grateful to be able to turn to them for support and advice.
Moon Spell would never have been written if not for Florence and the Machine, Diet Coke and my parents.
Rapid Fire(what it the first thing that comes to your mind when I say....)
Twilight
Sparkling
Black
Cat
Harry Potter
Awesome
Hot
Chris Hemsworth
Wings
Angelfall (Susan Ee)
Coffee
Dominican Republic (I got the best coffee there!)
T.V.
The Vampire Diaries (told you… obsessed!)

THANK YOU SAMANTHA FOR TAKING OUT TIME FROM YOUR BUSY SCHEDULE TO
ANSWER THESE QUESTIONS :)
You can find Samantha on 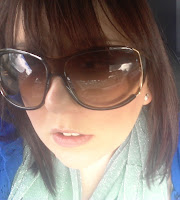 COME BACK TOMORROW FOR THE GIVEAWAY!
Oh almost forgot

Moon Spell (The Tale of Lunarmorte #1)
by Samantha Young
Enter a world of fierce wolves, stunning magic and romance...

No one said returning to her pack would be easy, especially after ten years without them, but seventeen year old Caia Ribeiro is unprepared for the realities of the transition. Raised in a world where kids aren’t scared by bedtime tales of the bogeyman but by the real life threat of enemy supernaturals who might come creeping into their community to kill them in their sleep, Caia is used to the darkness; she’s used to the mystery and the intrigue of the ancient underworld war she’s bound to by chance of birth. What she’s having trouble with are pack members treating her with wary suspicion, the Elders tucking secrets behind their backs out of her sightline, and her young Alpha, Lucien, distracting her, with a dangerous attraction, from her decision to uncover the truth.

But as the saying goes ‘the truth will out’ and when it does, Caia will only have so long to prepare herself before the war comes pounding on their door threatening to destroy the safe, secret lives of the wolves… and the girl they protect.

YA Paranormal Romance recommended for ages 16 and up.
ADD TO GOODREADS
Posted by Krazzyme(Young Readers) at 12:50 AM