THIS BOOK IS FOR ADULTS!

GUYS! Second Chance Boyfriend by Monica Murphy is OUT!!! 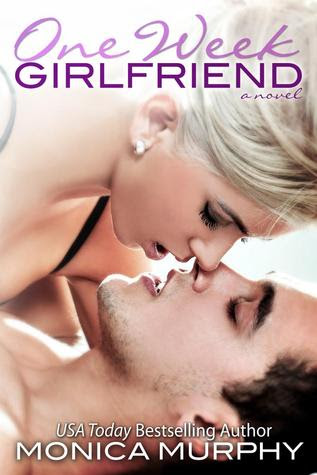 One Week Girlfriend (Drew + Fable #1)
by Monica Murphy
Temporary. That one single word best describes my life these last few years. I’m working at a temporary job until I can finally break free. I’m my little brother’s temporary mother since our mom doesn’t give a crap about either of us. And I’m that temporary girl all the guys want to get with because I give it up so easily. According to the rumors, at least.
But now I’m the temporary girlfriend of Drew Callahan, college football legend and all around golden guy. He’s beautiful, sweet—and he’s hiding way more secrets than I am. He’s brought me into this fake life where everyone seems to hate me. And everyone seems to want something from him. The only thing he seems to want though is…
Me.
I don’t know what to believe anymore. All I know is, I think Drew needs me. And I want to be there for him.
Forever.

Source:  Author for review( This did not affect my review in any way.)

After reading this book I was roaming around completely depressed for almost a day ! My expression was something like this >

The fact that this book managed to touch my heart and make me count my blessings just shows what an amazing book this is! Yes, this book has it's faults but by the end I was fully invested and completely dejected because I had to wait to load book #2 onto my reading device. To tell you the truth I'm a little scared about what will happen in book #2 .

The characters Drew and Fable are dysfuntional,distressed,dangerous and pretty abnormal. They repress their true feelings and conform to society. When both of them come together , they experience a heavy cocktail of emotions which one of them finds hard to deal with.

Drew was a character that keeps you guessing. His emotions are bottled up and there's a mysterious air around him. Drew can be a pretty frustrating character but all makes sense in the end.

What I want to do to Drew 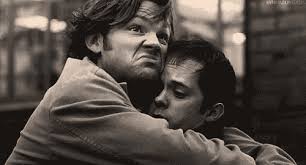 (I'm Sam .a.k.a Jared and the guy who is totally uncomfortable is Drew)

Fable is a character I have mixed feelings about. She's strong and opinionated but I wanted her to stand up for herself and slap some sense into people who kept calling her a slut.Maybe she'll do that in book #2?

You know like this girl here.
WAIT.... Bella slapped someone??? WOAH!

I can't give too many specifics about the story without giving away spoilers but I'll just say that the story is engaging and there is a twist.

The stepmom in this book is so creepy that she makes Disney stepmom's look like amazing stepmothers. I really did not like her. It's been a long time since I hated a character so much!

Overall ,I urge everyone to PICK UP THIS BOOK right now (unless, you're not into romance and can't stand a novel that's a little depressing) It's worth the $1. 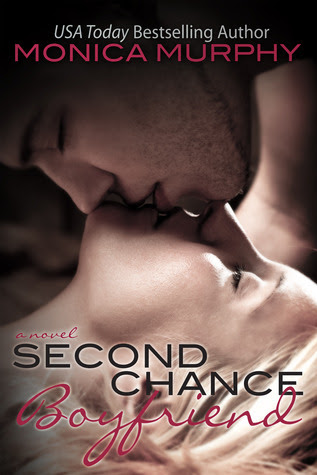 Lost. That one single word best describes my life at this very moment. I lost the last games of the season and both my team and my coach blame me. I lost the last two months because I drowned in my own despair like a complete loser. And I lost the only girl who ever mattered because I was afraid being with me would destroy her.
But now I realize how truly lost I am without her. She has become my story…and even though she acts like she’s moved on, I know she still thinks about me just as much as I think about her. She’s beautiful, sweet—and so damn vulnerable, all I want to do is help her. Be there for her.
Love her…
If only I could convince Fable to give me a second chance. Then I wouldn’t feel so lost anymore, and neither would she. We could be found together.
Forever.

Posted by Krazzyme(Young Readers) at 11:02 AM