Thanks to the awesome peeps at Hachette UK . I have a book for giveaway only for the UK and Europe people! How awesome are they? Huh! 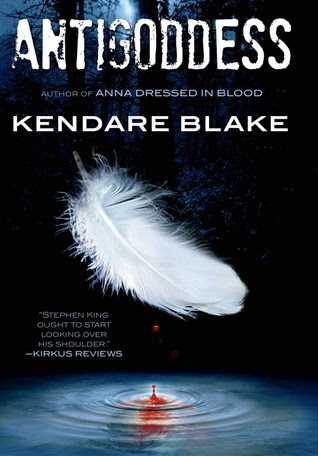 Antigoddess (Goddess War #1)
by Kendare Blake
The acclaimed author of ANNA DRESSED IN BLOOD returns with an incredible story about ancient gods, modern love and an epic fight for survival
He was Apollo, the sun, and he'd burn down anything that tried to hurt her...
Cassandra and Aidan are just your average high-school couple. Or so Cassandra believes. Blissfully unaware that she was once a powerful prophetess, Cassandra doesn't even know that god exist... Until now.
Because the gods are dying - and Cassandra could hold the answer to their survival. But Aidan has a secret of his own. He is really Apollo, god of the sun, and he will do anything to protect the girl he loves from the danger that's coming for her. Even if it means war against his immortal family...

Sexy, irresistible characters; romantic and mythological intrigue; relentless action and suspense - ANTIGODDESS is the YA novel you've been waiting for
Expected Publication : September 10,2013
Goodreads
This is the first book in the series and I'm halfway through it and so far it's pretty interesting.
Please keep in mind that this giveaway is
UK and Europe ONLY!
Feel free to spread some love to Hachette UK for this giveaway (Find them on twitter @HachetteUK )

Posted by Krazzyme(Young Readers) at 1:00 AM